The Calhoun Community College Student Services Division is excited to announce Emmy award winning author, national speaker and life coach, Timothy Alexander as its speaker for this year’s 14th Annual Student Success Symposium on Thursday, September 8. The symposium will be held in two sessions: 9:30 a.m. in the Kelley Gymnasium on the Decatur Campus and 12:30 p.m. in the Student Center – Sparkman Building on the Huntsville campus. The theme for this year’s symposium is “We don’t need it to be easy, we just need it to be possible.” Both sessions are free and open to all students as well as the media.

Best-selling writer. Emmy award-winning speaker. Life coach. These are some of the terms frequently heard when describing Timothy Alexander. Perseverance, faith, determination and beating the odds are a few other words that can describe the path that Timothy’s life has taken.

A native of Birmingham, Alabama, Timothy attended Erwin High School and was ranked the #8 high school football player in the state. Timothy had the opportunity to play for any college in the country; however, he was involved in a life changing car accident in 2006, leaving him paralyzed from the neck down. From that point on, Timothy was left to find his purpose in life while paralyzed. That is when he learned he didn’t need things to be easy for him in his new life, he just needed them to be possible to attain.

Timothy’s aspirations for attending college and playing football never ceased, but the path would look a little different. He attended Wallace State Community College, and upon graduation, enrolled at The University of Alabama at Birmingham, where he double majored in Criminal Justice and Communication Management. While at UAB, Timothy left a major impact by becoming the first paraplegic to receive a football scholarship. He was also runner-up for Mr. UAB, a member of Omega Psi Phi, and the former president of UAB Gang Green who set two school attendance records during UAB’s Basketball season. Timothy received the Student of Excellence Award because of his academic/athletic performance.

He was also the leader of the 2014 #FreeUAB movement after the UAB Football, Bowling and Rifle programs were terminated on December 2, 2014. After receiving approximately 56 city and county proclamations supporting the reinstatement of the three teams, he joined with UAB Boosters and Birmingham city leaders/supporters to help raise over $40 million in one year.

Timothy completed his undergraduate career by receiving the Colonel Leo Thorsness “Courage Award” from the Youth Leadership Development Program (YLDP) and was also awarded the “Challenge Coin” from Command Sergeant Major Bennie Adkins. Timothy graduated from UAB with a Master’s degree in Communication Management. His proudest moment came on July 18, 2016 when he was able to stand up on his own for the first time since being paralyzed. The video of him standing went viral, catching the eye of ABC National News, TMZ Sports, and other news stations worldwide.

Timothy was nominated in 2016 as the SPORTS PROGRAM FEATURE: FOR THE 31st MIDSOUTH REGIONAL EMMY®AWARDS OF THE NATIONAL ACADEMY OF TELEVISION ARTS AND SCIENCES, and in 2017 he was named the EMMY®AWARDS WINNER.

Alexander is also a minister, keynote speaker, and graduate of the John Maxwell Certification Program. He is a living example of his phrase, "We don’t need it to be easy, we just need it to be possible.” During Timothy’s session, he will tell his story and challenge those in attendance to live a life of resilience and to remain ‘uncommon’.

“The first time I heard Timothy Alexander’s story was during one of the college’s professional development sessions, and to say I was blown away by his positive demeanor and strong will to overcome the tough obstacles life has thrown at him would be a complete understatement,” commented Dr. Patricia Wilson, Calhoun Vice President of Student Services. “Timothy is one of those people that you naturally gravitate towards as he truly has a great outlook on life. He has a realistic story that doesn’t always include the happy moments, but he shows what resilience looks like when he ensures any situation is possible if you try, and that is what our students need to hear,” added Wilson.

In addition to the symposium, Calhoun students will have an opportunity to visit the tables of on-campus clubs and organizations to learn about membership. These organizations cover a broad range of interests including professional, international, religious, academic honorary, and special interest groups.

For more information, please visit www.calhoun.edu/symposium or contact the Student Services office at 256-306-2870. 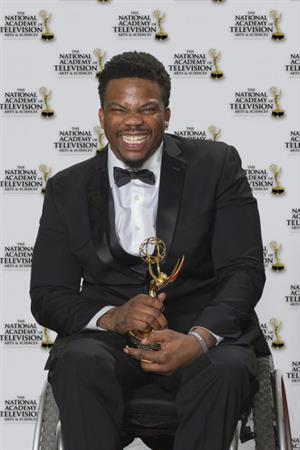