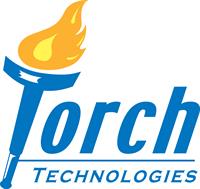 Presented annually, the BBB Torch Award honors businesses that demonstrate exceedingly high standards of behavior toward customers, employees, suppliers, shareholders and communities; adherence to truthful and honorable advertising and sales practices; and an earned reputation for noteworthy contributions to their industries and the communities in which they do business. In lieu of the traditional annual awards luncheon, this year, due to COVID-19, winners were presented their awards at their place of business.

The Torch Award is designed to promote not only the importance of ethical business practices, but the willingness and efforts made by outstanding businesses to ensure that our country’s marketplace remains fair and honorable for all Americans. Candidates for the Torch Award were nominated and given the opportunity to submit information regarding their ethical relationships with customers, employees, and vendors. A prestigious panel comprised of representatives of the academic and business community judged the 26 entries from businesses and organizations that accepted their nomination and provided an entry for the Torch Award.

“We are honored to receive this prestigious recognition from the Better Business Bureau of North Alabama,” said Torch President and CEO John Watson. “The BBB upholds a national standard for enterprise and ethics, and we feel that receiving the Torch Award is one of the highest compliments that could be paid to us.”