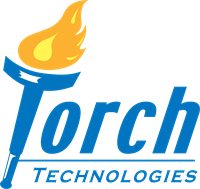 For the 13th Consecutive Year, Torch Technologies Appears on the Inc. 5000

Inc. magazine today revealed that Torch Technologies, a 100% employee-owned technology services and solutions company headquartered in Huntsville, is No. 4200 on its annual Inc. 5000 list, the most prestigious ranking of the nation’s fastest-growing private companies.

Torch is the only Huntsville-based company that has been on the list for 13 consecutive years, and the largest of only two companies in Alabama to make the list 13 or more years.  Inc. Editor in Chief James Ledbetter remarked, “Needless to say, making the list gets harder every year as your starting base grows. Of the tens of thousands of companies that have applied to the Inc. 5000 over the years, only a fraction have made the list more than once.”
Torch continues to maintain consistent growth, being one of only 10 companies in the history of the Inc. 5000  to make the list 13 consecutive years. Of the 26 Huntsville-based companies on this year’s list, Torch had the highest revenue for 2018 with $405M.

Torch President and CEO John Watson stated, “We are proud that Torch has again been recognized as one of the fastest-growing private companies in America, and we are thrilled to be one of only 10 companies who has made the list 13 consecutive times. We know that our continued success is due to our employee-owners and their constant commitment to our company, to our customers, and to the Warfighter.”
Complete results of the Inc. 5000, including company profiles and an interactive database that can be sorted by industry, region, and other criteria, can be found at www.inc.com/inc5000