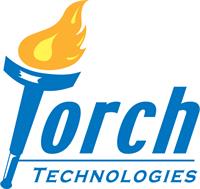 Bloomberg Government recently released its annual "BGOV200” list and Torch Technologies was ranked #155 of the Top 200. The list ranks the top federal contractors based on prime contracts awarded in fiscal 2017. Torch, a 100% employee-owned small business, made the list for the first time last year, ranked #157. Torch was one of five Alabama companies named to the list in 2018, and the highest ranked of three Huntsville headquartered companies on this year’s list.

Torch President John Watson stated, "We are proud that Torch has been included on the Bloomberg Government list of the top federal contractors for the second consecutive year, and we continue to strive to provide the best and most cost-efficient services and solutions to our government customers in support of the Warfighter."