Huntsville, Alabama: After facing several pandemic subsequent construction delays, The Brewers Cooperative is set to finally open this Fall. A first for our region, the Cooperative was founded by two of Alabama’s oldest breweries, Straight to Ale and Good People Brewing Co. The joint cooperative will also feature Avondale Brewery, Salty Nut Brewery, and Druid City.

The Cooperative will be opening two locations this year, the first in Huntsville at Stovehouse and the second in Guntersville at City Harbor. Beers from all five entities will be featured at each location along with spirits and wine.

“The cooperative will be a leader in collaboration for our craft,” says Straight to Ale Owner Dan Perry, “along with the five breweries featured, we are planning to invite other Alabama-based breweries to collaborate on different featured brews.”

The Co-Op was started with the idea of better serving the community through the spirit of collaboration. From tasting panels, beer design forums, and beer education events, the Co-Op will facilitate an engaging craft community founded in supporting all things local.

The Co-op isn’t about individual breweries, it’s about the community of local makers. “The interior of each space will be completely different than what you’d expect,” says Bold Agency Owner Lauren Gowins. “Instead of expecting to see multiple logos or brewery brands, the space will be ‘unbranded’ and will feature modern elements throughout the designs.” Bold Agency was hired on to lead the interior design and additional marketing efforts for the Cooperative.

“We aren’t looking for individual recognition for accomplishments,” says Perry, “we are building a unique sustainable partnership of like-minded craft artisans coming together for the promotion of craft beer, wine, spirits, and food.”

The Cooperative will also be offering a tiered membership program that will feature exclusive discounts, events, and the opportunity to brew beer with the Cooperative. In addition, members of The Brewers Co-Op will have the opportunity for membership share and will be involved in setting the long term goals and policies of the Co-Op. After the brewery is operational, Co-Op members will be able to be a part of the brewing process and work with other breweries on site to collaborate on small batch projects. Anyone over the age of 21 can become a member.

“Learning about what goes into the brewing process gives you a deeper appreciation for craft beer and how it cultivates a culture of supporting ‘locally made’ in your community.” says Michael Sellers Owner of Good People Brewing Co.

Patrons will have the opportunity to experience something new at each location. Along with a selection of beer, spirits, and wine, each location will have a unique food menu inspired by the location’s surroundings. 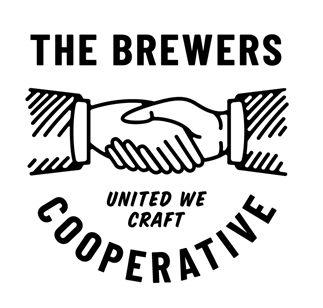