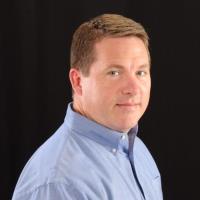 Weeks received the Integrity Award, which is awarded annually to an individual or couple who exemplifies Office Pride’s core values and reflects all that the brand stands for – including honesty, integrity, a servant’s attitude and honoring God.

“I am humbled to receive Office Pride’s Integrity Award, which speaks to work ethic and how we treat our customers,” Weeks said. “Our reputation is the most important asset we have, and so it is a huge honor to be recognized not only for the work we do but also how we conduct our business.”

Additionally, Weeks’ franchise, Office Pride of Huntsville, became the first in the Office Pride system to join the Four Million Dollar Club, an honor reserved for owners who reach the milestone of billing $4 million in a calendar year.

Weeks, who purchased Office Pride of Huntsville in January 2015, and his wife, Melissa, operate the franchise together. The couple live in Huntsville with their three daughters.

In 2018, Weeks became the first Office Pride franchisee to qualify for the Three Million Dollar Club and was named Franchisee of the Year.