HUNTSVILLE, Ala. – Dentons Sirote is pleased to share that Chance Hill has joined the Firm’s Huntsville, Alabama office as an Of Counsel lawyer. 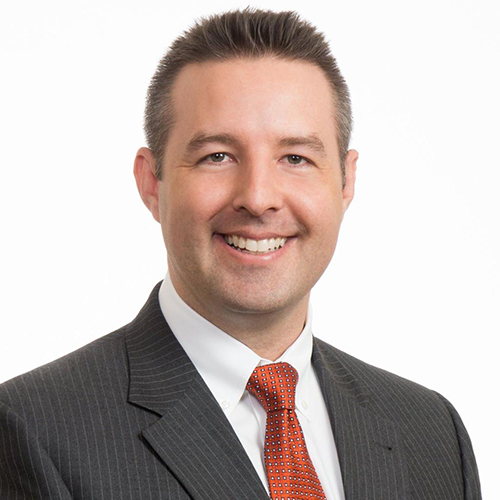 Chance Hill is a member of the Public Policy and Regulation and Government Contracts practice groups where his practice focuses on Advocacy and Government Affairs—an appropriate area of focus, considering Hill’s diverse background of service to our country. Before becoming a lawyer, Hill served for three years as an officer and analyst with the Central Intelligence Agency (CIA), including a brief undercover assignment in the Middle East. While working at the agency, he also prepared analysis for the President of the United States and the National Security Council and briefed senior State Department officials.

Additionally, Hill served for six years in the US Navy, including a one-year deployment to north-central Iraq. Although he had fulfilled his active-duty military commitment as a naval intelligence officer, Hill deferred his acceptance to graduate school and volunteered to serve in Iraq.

“Chance is a welcome addition to our Huntsville team as our office continues to grow in depth and breadth,” says Michelle Levin, Managing Partner of Dentons Sirote’s Huntsville office. “Chance’s experience and military background strengthen our ability to serve our clients better, specifically those that regularly interface with all aspects of government.”

Hill was also an intelligence officer with an F-18 strike-fighter squadron. His first of two deployments took him throughout Asia and the Middle East aboard the USS Nimitz aircraft carrier before supporting Operation Iraqi Freedom; the second, to Marine Corps Air Station in Iwakuni, Japan, to help maintain a regional US presence if conflict broke out on the Korean peninsula or between China and Taiwan. In both instances, Hill briefed pilots regarding possible enemy threats and helped plan missions for real-world operations. The Navy then sent Hill to United States Forces, Korea, in Seoul as the Theater Ballistic Missile/Weapons of Mass Destruction Analyst, charged with assessing North Korea’s nuclear capabilities.

From 2019 through 2021, Hill represented Colorado’s 5th congressional district as one of nine elected Regents for the University of Colorado's four-campus system (the second largest employer in Colorado with 37,000 employees and an annual US$12.5 billion impact on the state’s economy).

Hill’s recognitions include two Joint Service Commendation Medals and a Navy Achievement Medal from the US Navy. He was nominated twice by his Commanding Officer for Navy Intelligence Officer of the Year for the entire US Navy. During his time with the CIA, Hill was recognized with two Exceptional Performance Awards.

Hill graduated in 2001 from Dartmouth College, where he served as student body vice president. He also graduated with honors from Georgetown’s School of Foreign Service in 2010 and from the University of Michigan Law School in 2015 as a selected member of the editorial board of the law review.

About Dentons Sirote PC
Dentons Sirote PC, formerly known as Sirote & Permutt, was founded on a simple philosophy: to deliver excellent legal services on a timely basis at a fair price. For 75 years, Dentons Sirote’s lawyers have maintained an uncompromising commitment to fulfilling this promise for every client that the firm has the privilege to serve. While the firm now represents a more expansive list of clients, from Fortune 500 companies to family-owned businesses and high net worth individuals, the firm’s commitment to delivering an excellent work product in a timely manner at a fair price remains unchanged. As a full-service law firm, Dentons Sirote’s committed and talented lawyers collaborate across offices and practices to deliver superior outcomes and solutions to clients from diverse industries and proudly serve clients in Alabama, across the US and around the world from offices in Birmingham, Huntsville, Mobile, the Shoals and Tuscaloosa, Alabama. Learn more at www.dentons.com/sirote.