MADISON, Alabama – Baseball is officially back at Toyota Field!

As the Rocket City Trash Pandas get set for their inaugural 2021 season, the organization is pleased to welcome several high school and college teams to the stadium as a tune-up for the games the team will host throughout the summer.

Tickets to all contests are $10 per person, and admission is good for the entire day. Parking is $3 per car. Concessions will be available with traditional baseball fare, and beer/alcohol will ONLY be sold during collegiate games. Gates open one hour before each event. Tickets can be purchased online here. 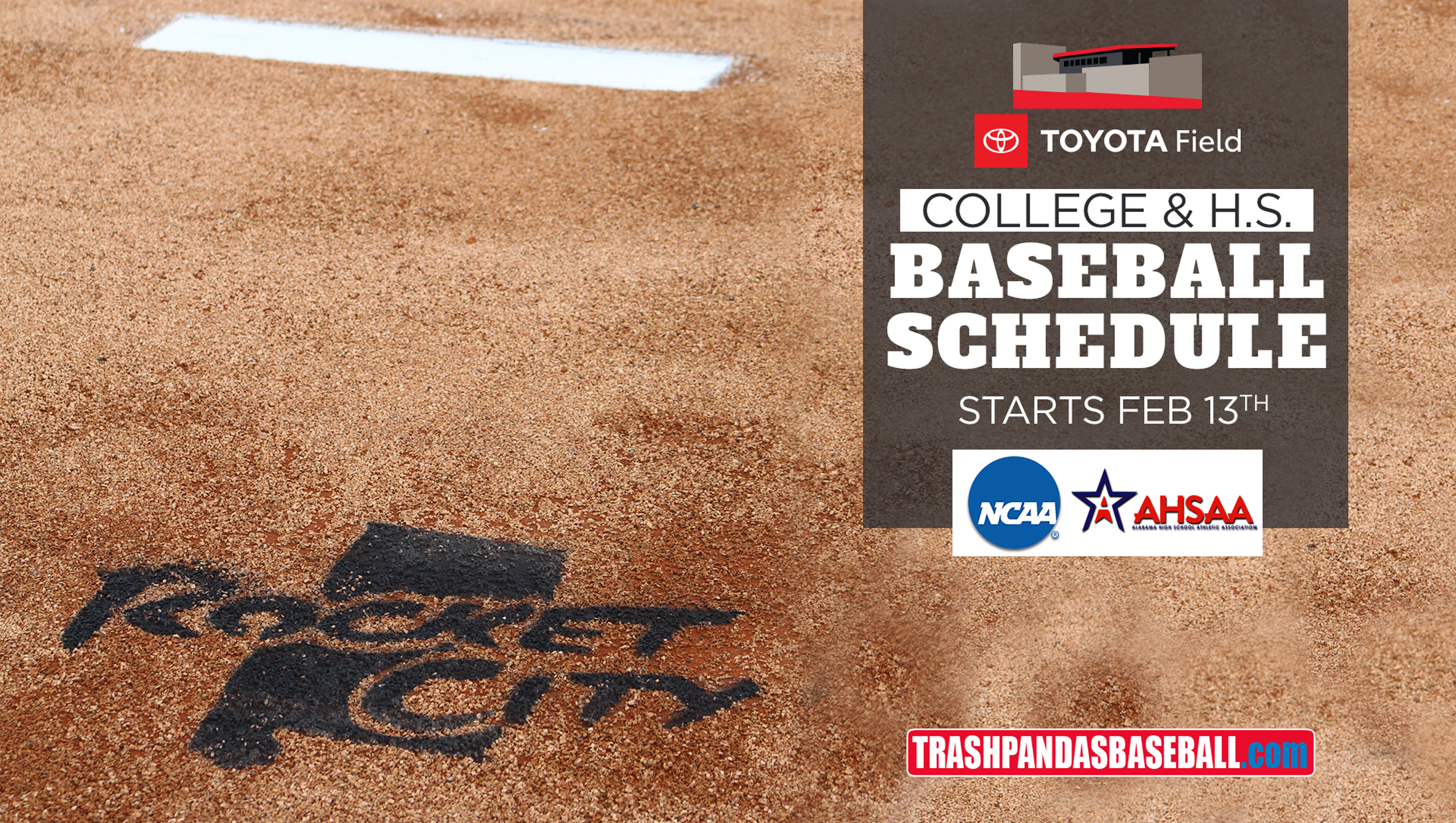 The action gets under way on Saturday, February 13th with four high school matchups beginning at 10 A.M. The fun continues Thursday, February 25th with a doubleheader starting at 3:30 P.M.

The first games of March will also bring the first college programs to Toyota Field. On March 6th, Division III Maryville College, Edgewood College, and Huntingdon will play a round-robin consisting of three total games. First-pitch is at noon. Edgewood will remain in Madison the next day, March 7th, as they take on Piedmont College in a doubleheader beginning at 11 A.M.

The following three Saturdays in March will feature a quartet of high school matchups, with each gameday starting at 10 A.M. A trio of contests is also set for Saturday, April 3rd. The full schedule of games will be announced at a later date.

CDC and Madison County COVID safety mandates will be followed at Toyota Field. For directions and information on other upcoming events, visit TrashPandasBaseball.com.